For additional information go to “The Unstoppable American” for more of the real story of how Mr. Turner was the object of Government persecution. Also read Mr. Turner’s newest book, “All Things Are Possible”.

For more information on Mr. Turner as a motivational speaker and trainer click here.

Approximately 1,000,000 people were distributors, salespeople and employees of Glenn W. Turner’s, and an International conglomerate of companies. Since the early 1970’s, these individuals have expanded their respective circles of influence, the relative size of their families and the objectives of their business endeavors

Some of Mr. Turners accomplishments are listed below:

The picture on the right is a painting done of Mr. Turner in the 1970’s. You can see his growth from a little boy as a sharecroppers son, to a young man behind a mule,  to a man showing the world they, too can climb the steps to greatness. Finding the best they can be within themselves.

Dare to be Great was never about the money it was about everyone being the best they could be. Finding that personal greatness within themselves. Money has never been a true measure of happiness, being able to love ones self was what people learned who took the courses. Being able to do this makes love of others possible. Many went on in life to be great fathers, great mothers, great teachers, great ministers, great leaders, great business people, etc 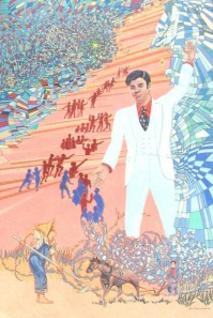 The Turner Group offers a full line  of audio and video tapes, books and workbooks.  Mr. Turner loves to help people and companies to grow. If you have an interest in improving your life or business feel free to contact us for the available services.

There are many books published about Mr. Turner, as well as countless movie, video, and audio materials these are still in constant demand. Over a million books have been marketed and sold directly in rallies, seminars and classes taught by Glenn W. Turner and his associates.

The vast majority of these people have positive memories and feelings regarding the time they spent with Mr. Turner, as well as a great curiosity to finally understand what happened to the “Unstoppable American”. Not only do they want to know what became of Glenn W. Turner…. but also what he intends to accomplish next!

After four years and eight months in prison, Glenn reflects on his roller-coaster life and tells at last, “The Whole Story”. He introduces his new, comprehensive “Total LifePower” philosophy and offers hope to anyone emerging from adversity. Anything is possible with the power and knowledge of life!!

Glenn W. Turner, is a true and patriotic man, he represents one of the greatest rags-to-riches-to-ruin-to-recovery-to- “back on top” stories of our time. He is the quintessential motivational speaker in our nation today. Mr. Turner’s message has been personally heard by more than 3,000,000 people.

Generating over 100 million dollars in three years was the easy part for the eighth grade drop-out. Surviving the “success” was hard. The government spent over twenty years and millions of dollars trying to control him; finally, they set him up.